With turnover up 60% in the past three years, Cité Gourmande is in fine form. But with 18,500 tonnes produced per year, we are reaching our production capacity limits, despite several successive expansions. To go further still and to continue our growth, we have therefore seized a great opportunity to create a second production facility dedicated to frying potatoes on the site of the former Ronde des Fraicheurs from the Hafner group. After several months of discussions, we have just finalised the purchase.

Situated close to Agropole in Agen, 500 metres from the current production facility, the new site will be operational as of October 2021, when the first frying maching will be installed. This will provide additional production capacity, particularly for the Pom Bistro brand, as it will free up space and allow for development of new processes on the current site.

This project is part of an investment plan of over 8 million euros, including 630,000 financed by the Region. The objective is to reach turnover of 100 million euros by 2030, with new products and the creation of over 15 jobs. It is an ambitious, but realistic project, driven by the success of our high-quality, “as good as home-cooked” frozen foods. 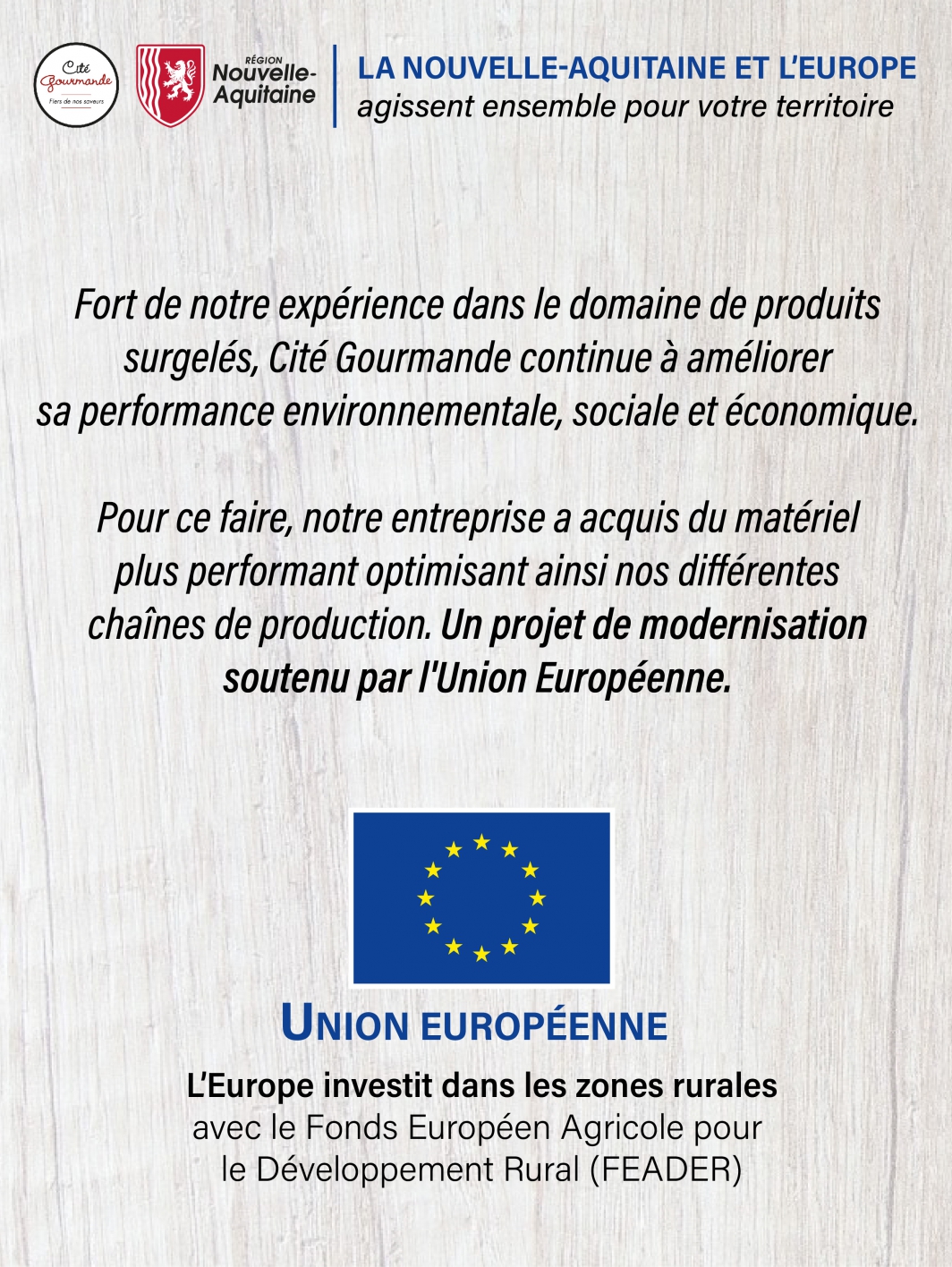